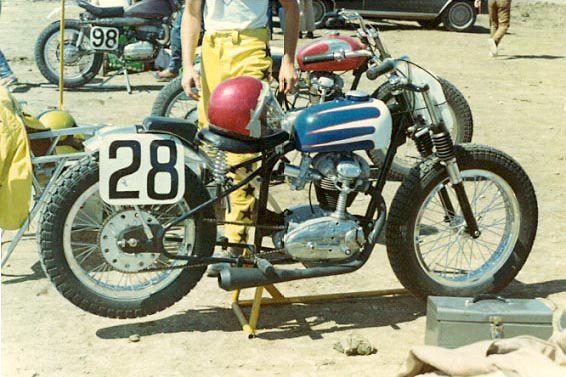 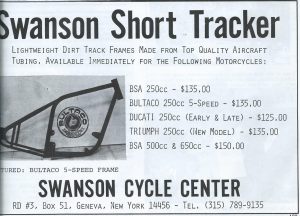 And this is how it feels to ride on a 1/2 mile track with it:

This article was in SIDEBURN #43, so get your copy here

The 2 #28 Ducati STers were my bikes I built in 1967/68 Ducati Swansun Frame back then was right @ $150.00
Raced them mostly in Billings, Mt (Belaro Speedway) We were the Ducati/Norton Dealer back then (Barney’s Cycle Shop)
Steve Matz