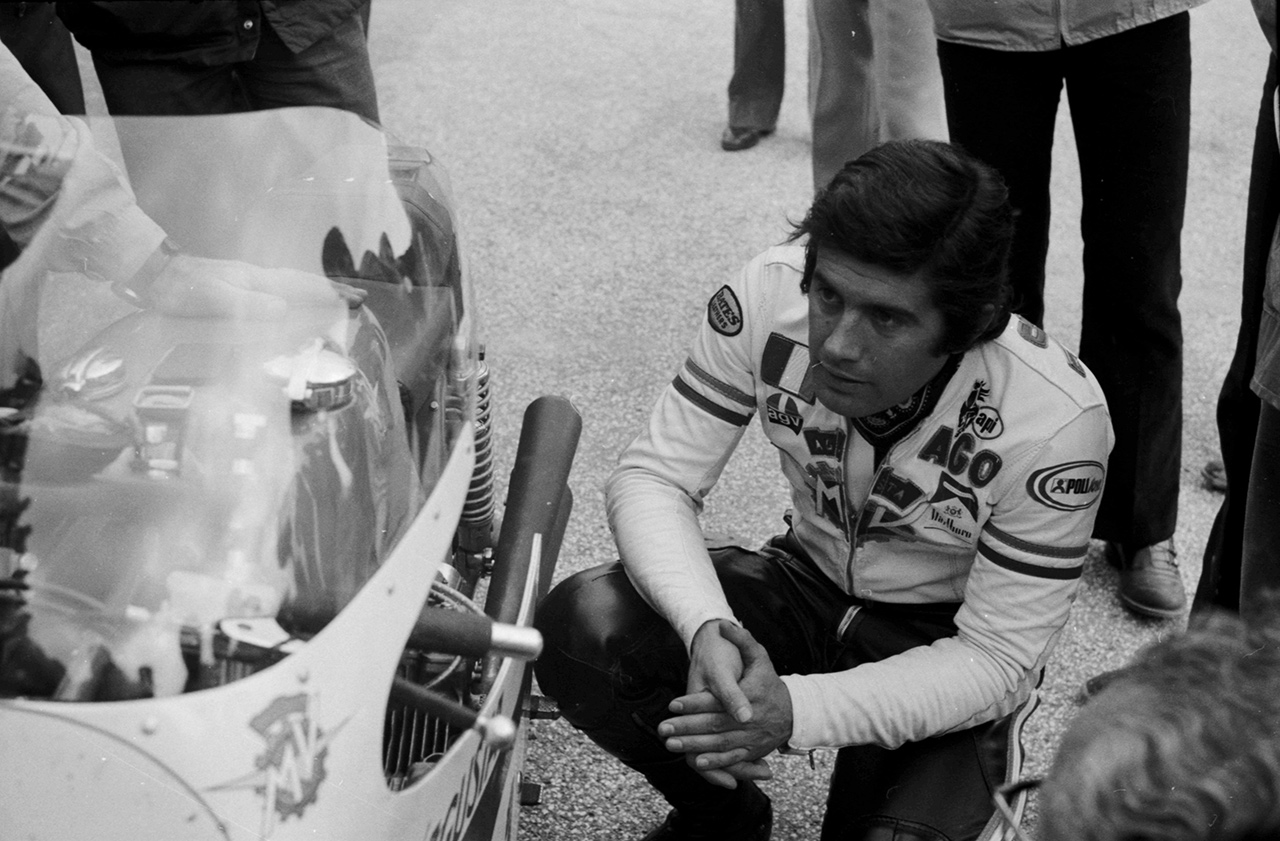 He had an older brother who was an enthusiastic Norton rider. Mick Woollett had to wait for 6 years until, at the age of 20, he finished school and national service in 1950 and bought himself a 1938 Norton. In 1952 he rode it to the Swiss Grand Prix in Bern and became friendly with some of the riders there. He was so fascinated by the race itself and the activities in the paddock that he helped where he could as a mechanic as well as supplying photos to the reporters. Finally, in 1956 he became sidecar passenger for Cyril Smith for a number of races. ‘Motor Cycle News’ hired him as a race reporter in 1957. He continued as sidecar passenger to Edgar Strub for another 3 years. Mick Woollett was part of the race scene, knew all the right people, was a competent mechanic and supplied his readers with the best information in text and photo form. From 1967-83 he was editor of ‘Motor Cycle Weekly’. He went on to make his name as author of many motor cycle books. Mick Woollett died in 2014 but his extensive archives survived.