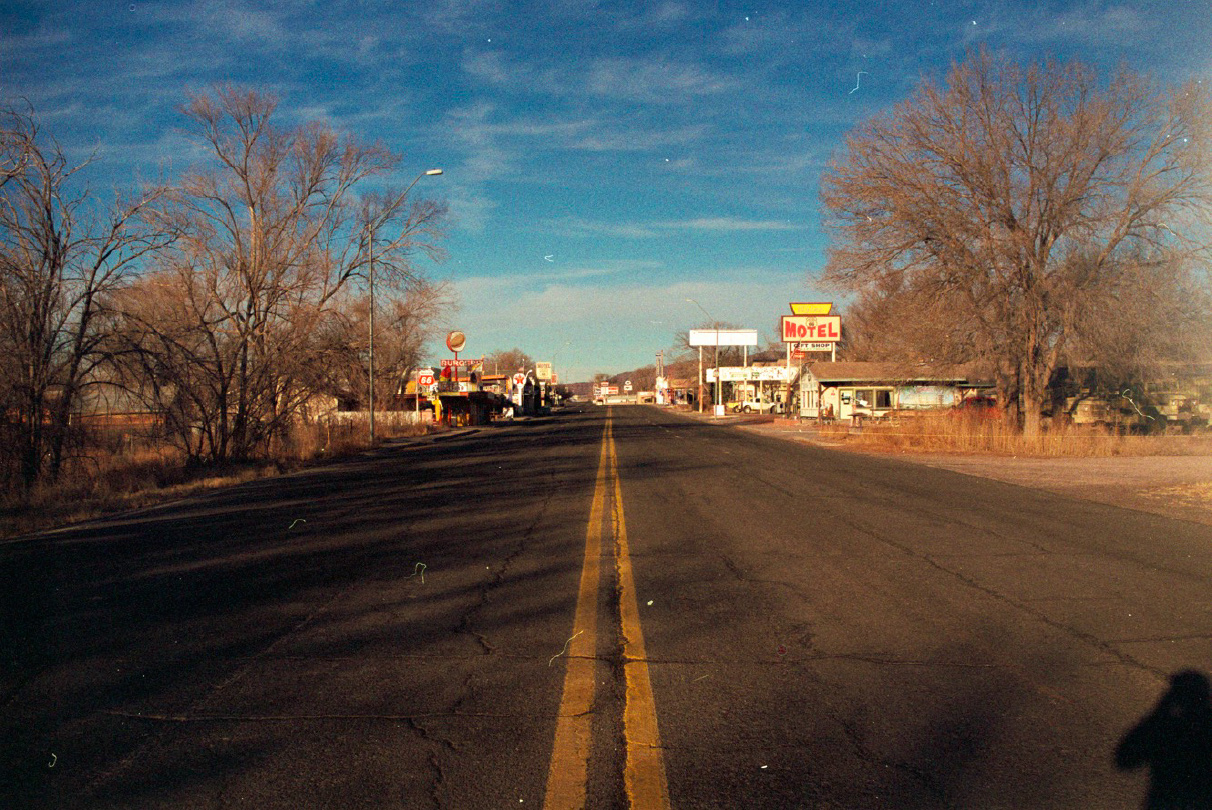 Using old Nikon cameras and lenses, as well as expired film stock, the photographer managed to produce images with the soft, bleached out, colour-shifted finish that is so evocative of the mid 20th century. This technique demonstrates how the technologies of a given period are as crucial as the design and fashion of the time in helping us formulating a visual conception of history.

The French-born photographer moved to the US – McAllen in Texas – when he was 22 years old, searching for a true American road trip adventure and influenced by some of the greatest photographers to have captured the atmosphere of the country’s post-war decades: Bruce Davidson, William Eggleston and Dennis Hopper.

Beyond a simple desire to explore the aesthetics of his photographic heroes, Niehues has a fascination with the ‘American Dream’ and the symbols that have historically represented it: the mythical land of cowboys, truckers, bikers, old cars and motels, pre-conceptions that continue to haunt the 21st century, be it through the lenses of cult film-maker David Lynch.

His series AMERICA is published in BRUMMM #02