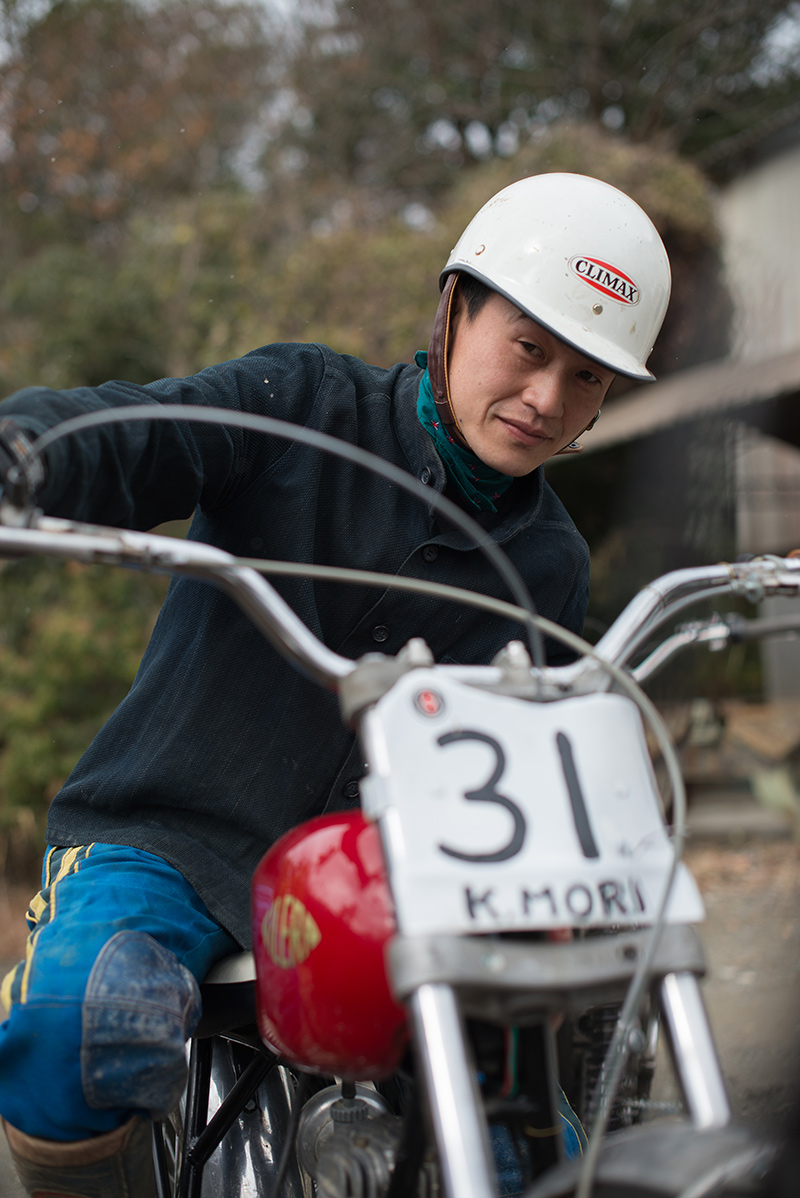 Hiro (Hiroyuki Maeda) was born in 1979, Kobe Japan. He is a photographer and writer focuses on the British motorcycles and the enthusiasts. His business name is ‘Rustless’. He publishes own free papers and around 100 shops in Japan store them. He was obsessed with the British Rockers and Cafe Racer culture since his teen and moved to UK for the passion and lived there 10 years. His background is a leather craftsman and designer so some may have seen him working at legendary Lewis Leathers in London. He started contributing to magazines since 2008. His main contributors are Clutch Magazine in Japan and Cafe Racer Original in France.

His series CLASSIC TRIALS is published in BRUMMM #02