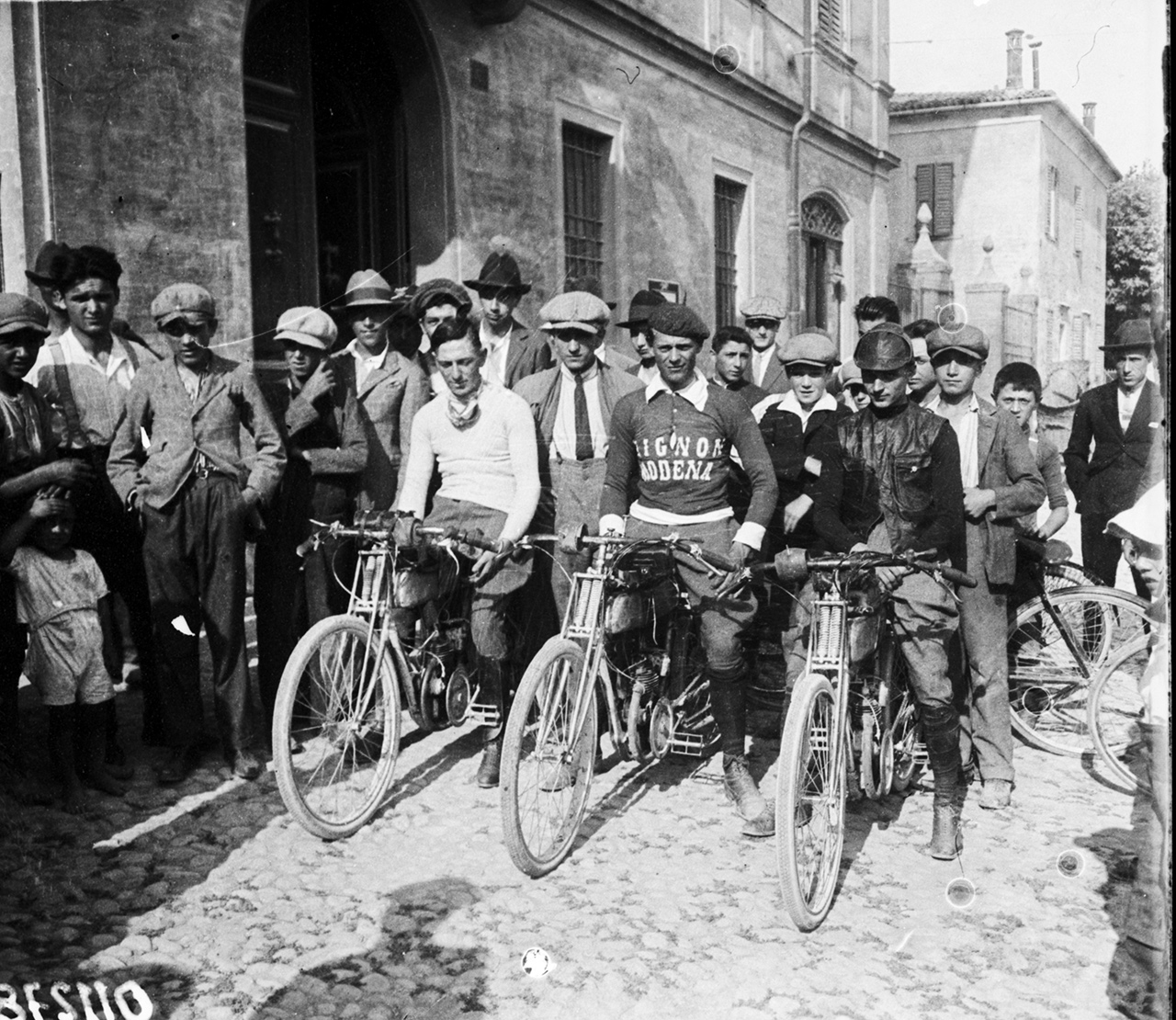 Ferruccio Testi was born in 1882 in Modena. After completing studies as a pharmacist he spent two months in the USA and brought back 200 photos, which were much admired at the time. He was able to make his hobby into a profession and became a reporter for the most widely read newspapers in the country for whom he was mainly involved in sport reporting. He was an active member of the soccer and horse racing clubs in his home city, but was even more interested in car and bike racing as well as opera. He travelled extensively on his English Triumph and made friends with all the great figures in motor sport, many of whom used to meet for lunch on Mondays at Testis home. Ferruccio Testi began photography in 6×9 cm negative format with a Contessa Nettel and, later, with a Zeiss Super Ikonta. In the thirties he continued to use glass plates for some time before moving on to negative film. Ferruccio Testi died in 1958. His life’s work has survived until today and, until now, has only featured in automobile literature.